Christmas 2018 in and around Toulouse

It’s been a while since the last post. Sorry about that. Between work, travel and an injury, I haven’t had the time.

So to spread a little sunshine (during what is a too-long foggy period), here are some photos of Christmas-related photos from the mall and downtown Toulouse.

We start at the LeClerc Commercial Centre in Blagnac: 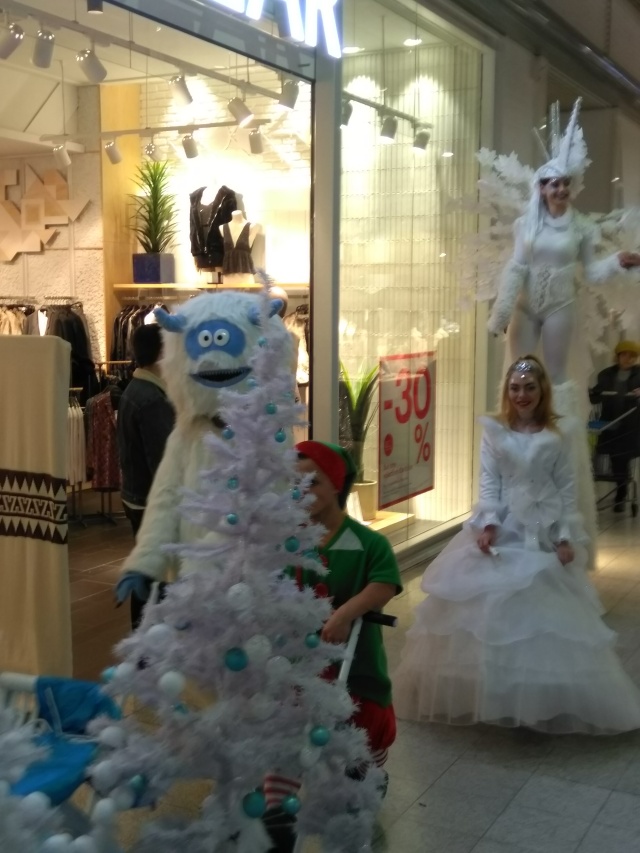 The Christmas Queen and members of her court.

The kids don’t seem too frightened by the Adorable, er, Abominable Snowman. 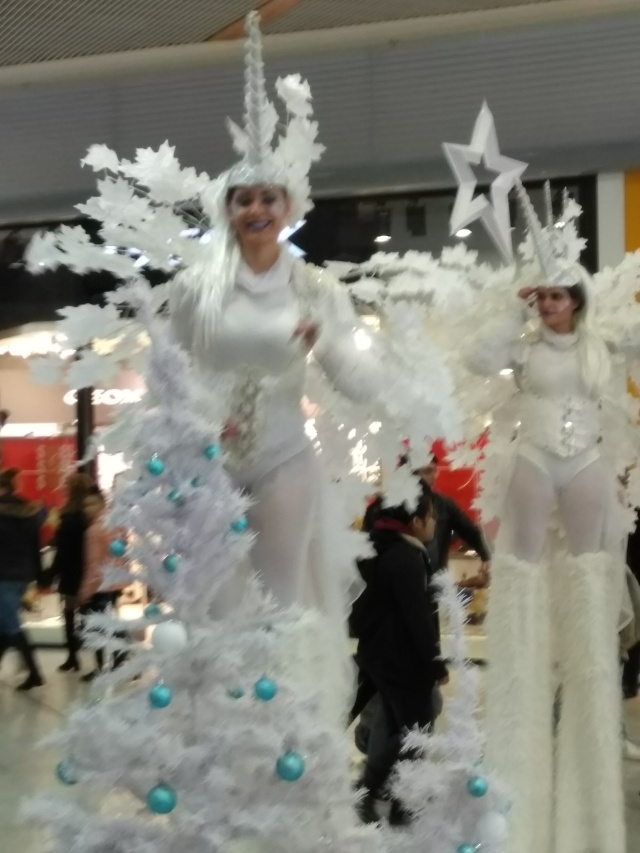 Nothing says ‘Christmas’ quite like a pair of white-clad women on stilts and wearing unicorn horns. 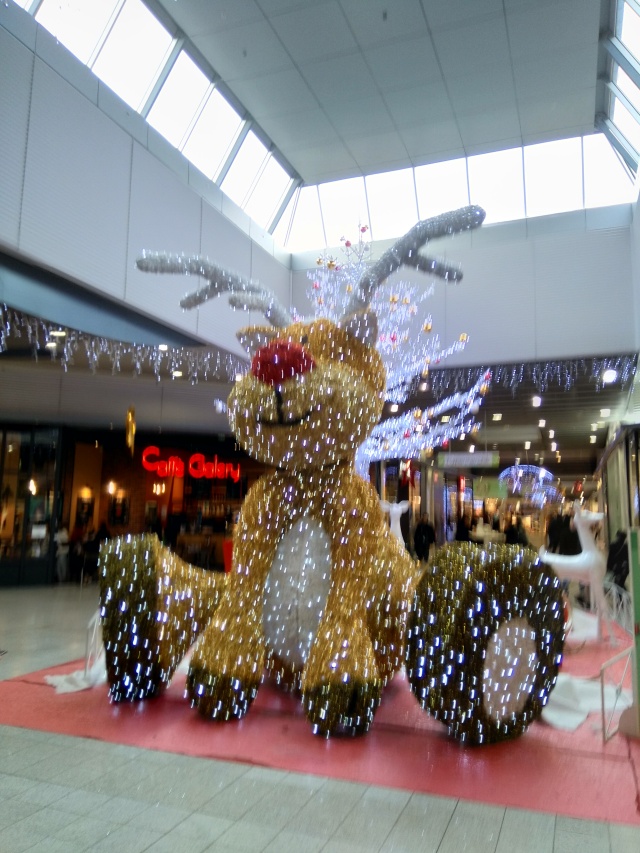 Even Rudolph the Red-Nose Reindeer can use some backup brightness.

Behind Rudolph, bears and deer and a I’m-dreaming-of-a-White-Christmas tree.

And then it was time to head into Toulouse to get a glimpse of Santa’s home and workshop: 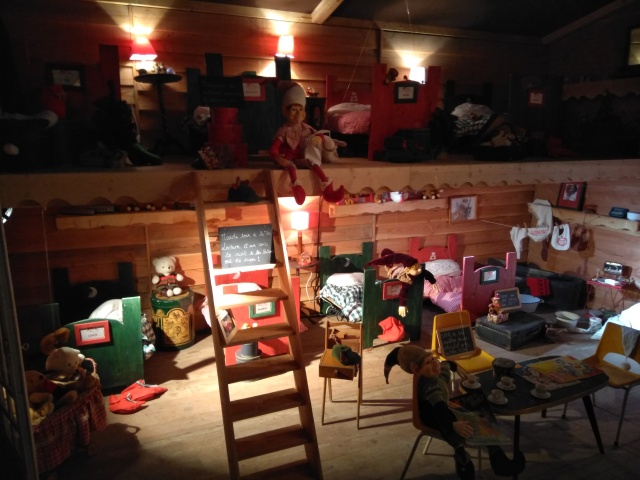 The elves’ (not Elvis) bunkhouse.

Santa needs a lot of mailboxes (and apparently a signpost in English). 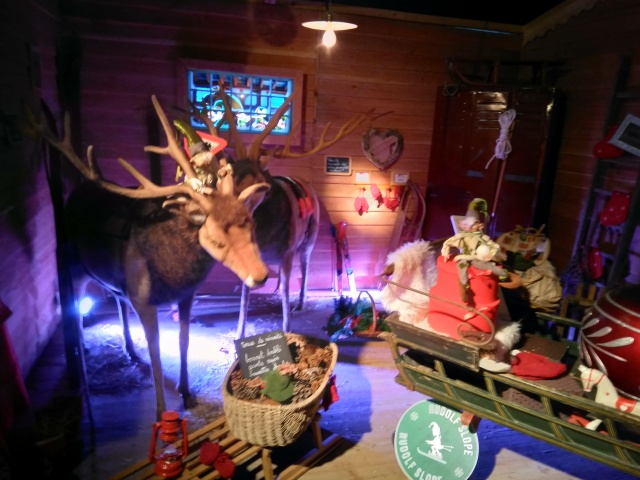 Even reindeer could go inside.

Meanwhile, outside of Santa’s house and workshop:

Nice product placement. Note: I have no idea who or what Oliver Coleman is.

Laughing (?) reindeer in a stable with a rather large-antlered little deer. 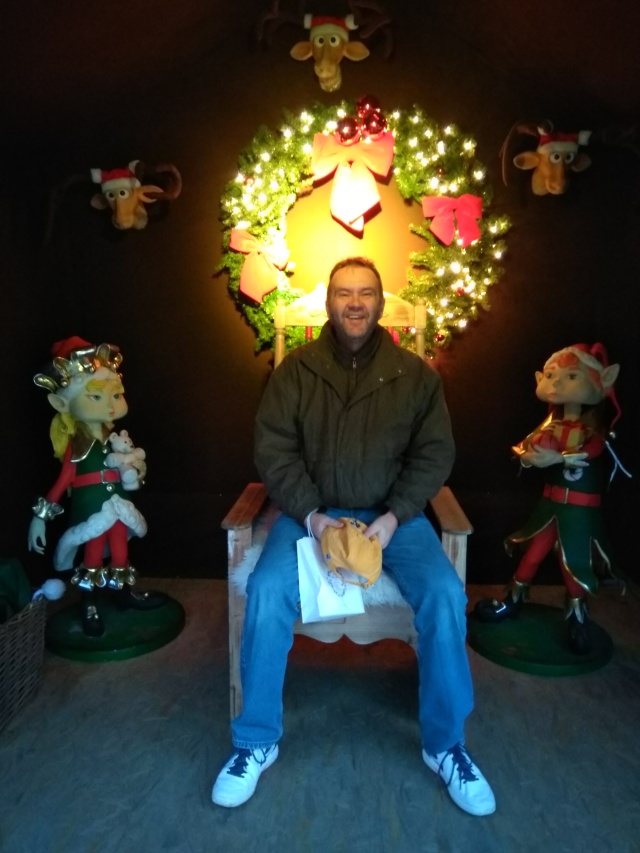 The two elves (not two Elvises) look a lot grumpier than I do.

And, so, as 2019 is nearly set to begin, I’ll make a resolution to post more stories in the coming year.

The stories of a 'never out of the country until we moved to France' American.
View all posts by skinsphins →
This entry was posted in Entertainment, Travel and tagged Abominable Snowman, Blagnac shopping centre, Christmas, Christmas Queen, LeClerc, Oliver Coleman, Reindeer, Santa, Stilts, Toulouse. Bookmark the permalink.